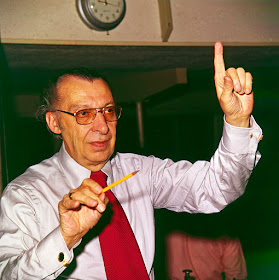 This hub page at the web blog "Passport to Dreams Old & New" gathers up all of this site's published content covering the topic of music heard and played in the Disney Theme Parks. The specific focus and specialty of this site is vintage, pre-millenium music of Magic Kingdom.

If you are interested in the old-time music of the Vacation Kingdom, a great place to start is this own site's Another Musical Souvenir of Walt Disney World, which compiles hours of retro park music into an entire "day" trip to the Walt Disney World of old.

Specific Case Studies
The Secret Recording Career of George Bruns - three lost LPs released by Bruns during his career but outside of Disney, including restored presentations of Moonlight Time In Old Hawaii and Have A Good Time With Big George Bruns. May 2018.

The Mysterious "Bridge" Loops - quick overview of some very obscure pieces of music which once played between areas at Magic Kingdom. October 2017.

The Music of Country Bear Jamboree: Part One - definition of the show's genre, who recorded the music, and the first part of the show. May 2013.

The Music of Country Bear Jamboree: Part Two - the second half of the show, and a personal reflection on its appeal. May 2013.

MouseBits - Features a lively discussion community with numerous playlists, and a torrent seeding resource for a great number of of the commonly circulated pieces of Disney music.

Magic Music - Another discussion forum, this one featuring yet more playlists with a focus on current music and many impressive compilations by site owner Jay.

Tokyo Disneyland BGM Lists - Star Orion has migrated their Wikia site to this slickly designed page, which is easy to navigate even if one does not read Japanese.

Disney Chris Audio - Chris Lyndon spends an enormous amount of time polishing and perfecting the tracks in his Disneyland Tour, which is so extensive I can't think of something he doesn't have available for listening on his site by now.